Salalah, the capital of the Dhofar region, is a colourful, subtropical city that owes much of its character to Oman&nbsps former territories in East Africa. Flying into Salalah from Muscat, especially during the khareef (rainy season), it is hard to imagine that Oman&nbsps first and second cities share the same continent. From mid-June to mid-August, monsoon clouds from India bring a constant drizzle to the area and, as a result, the stubble of Salalah&nbsps surrounding jebel is transformed into an oasis of misty pastures. Year-round, Salalah&nbsps coconut-fringed beaches and plantations of bananas and papayas offer a flavour of Zanzibar in the heart of the Arabian desert.

The city has a hot desert climate (K&nbspppen climate classification BWh), although summers are cooler than in more northern or inland parts of Oman. Salalah is very cloudy during the monsoon months of July and August, even though relatively little rain falls. Khareef means "autumn" in Arabic but it refers to monsoon when describing the region around Salalah. During this time, the brown landscape of Salalah and its surroundings is completely transformed to a beautiful and lush greenery.

Cyclone Mekunu, which originated over the Arabian Sea, became an extremely severe cyclone before hitting the Salalah city on 25 May 2018. 200 kmph was the recorded windspeed ,and the city of Salalah was pounded with over 617 mm (24.3 in) of rainfall, which is almost 5 years of Oman's average rainfall.[citation needed] 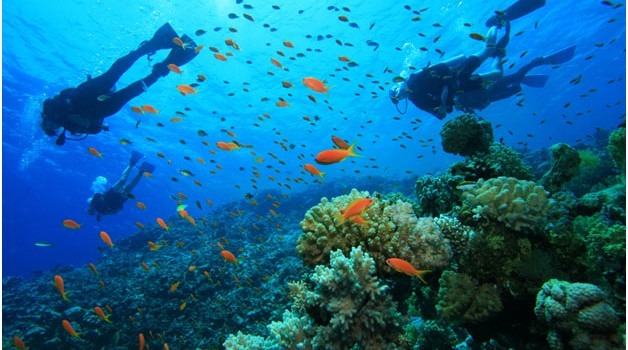 Oman is a paradise for divers. Warm waters, pristi...